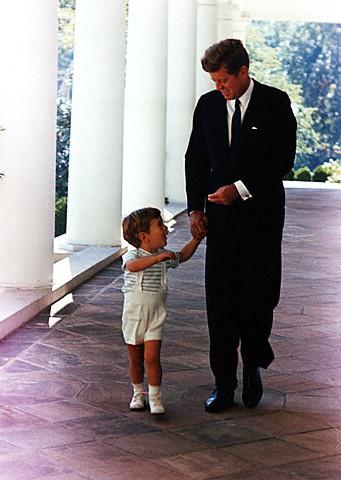 Above Right , Barry Goldwater Jr. and the late Texas Governor John Connally after being initiated into one of

Washington's most exclusive clubs together. John Connally survived being shot during the John F. Kennedy Assassination.

After being elected, Kennedy stunned his party by appointing six Republicans to some of the highest offices in his administration.