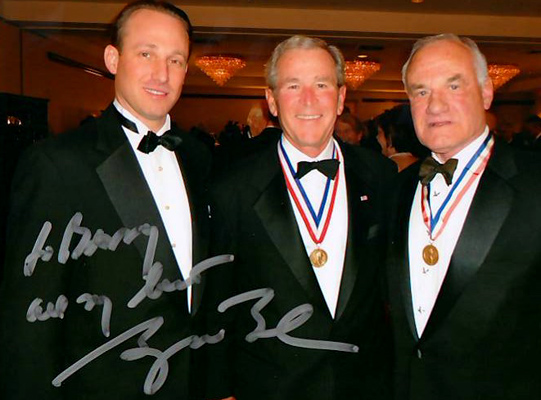 Barry Goldwater Jr. attends John McCain's campaign speech given from the steps of the historic

courthouse where Barry Goldwater announced his candidacy for the 1964 Presidential race.

McCain payed tribute to Barry's father during his speech.

Mr. Goldwater in an interview with Fox News regarding

Ron Paul and the 2008 Presidential Primary.